Is there anyone on the build team willing to produce unstable AppImage builds to test any new progress?

Technically we do have an appimages build implemented in Travis. We just don’t have a place to put them yet. So the build system is there we just need find a place to release it.

Here is an link appimage of the latest build if you want to test it out on Linux:

How about a secondary build with GLIBC 2.24 as a baseline? I mean the kernel requirement is 3.2 and newer. 2.15 is very old.

I think that will be fixed once we update our Travis Builds to use Ubuntu 16.04 LTS. Right now our builds are using Ubuntu 14.04 LTS. I’m going to try to update them on my fork this week. If they pass, I’ll push the new files to master which will update the glibc to 2.23 from what I can tell. Sadly I think we’re going to stick to LTS for now.

In other news, I did update the appimage scripts to correctly name the files so we know which commit they come from. Here’s the newest build for example.

Long name, but at least if someone opens a bug report, all the version info we need is in the filename.

Okay so I read they are not officially going to support 16.04 LTS any time soon. The only other option is to use docker and use its apt repository. I’ll play around with and see what we can do.

I would like to inform the MyPaint community that I have prepared an experimental AppImage build system for MyPaint, based on a bare-bone CentOS7 Docker container.

The build itself is automated via Travis CI.

Here are the links to the build scripts and the first experimental AppImage package: 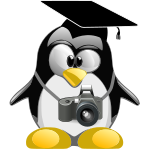 Let me know if you are interested into this…

This is great! Would you like to host this permanently so we could link your repo in our download area? Thanks a lot!

Yeah. This is great. I’m on Archlinux and can run newer versions without a bunch of trouble.

The new brush editing features are fantastic and get around some of previous limitations. I love the procedural nature of these brushes rather than having bitmap stamps.

Thank you for making this package. There has been a longstanding conflict between MyPaint and Gimp packages in Debian Testing, stemming, i assume, from Gimp’s use of libmypaint-1.3 while the MyPaint package still uses 1.2. I would think there’d be an easier solution in the Debian community other than “wait until the mypaint packager decides to update to the newer lib”, but the appimage seems to be working fine, and it’s much easier (on my system anyway) than trying to install and run a flatpak of gimp or mypaint.