Awesome, I’ve been wanting this feature forever.
Saw this link and it reminded me of that.

This Clever Drawing Trick Makes it Quick and Easy to Sketch in Perfect...

Unless you sketch every day or have a brilliant sense of hand–eye coordination, chances are that sketching in proper perspective ...

I’ll download source and try it in a minute. ty guys

Next feature that I plan to implement will be presenting names of point while drawing line.

Display the name of the Point that your line is snapping to. Maybe in the status bar? Rationale: When you are are zoomed in or the point is off-screen it can be hard to figure out which point your line is going to, particularly for short lines like on steps. Disabling points helps but can be tedious if you are actually using many points frequently.

This is awesome! It took me a minute to realize how the measuring points worked. I was frankly confused as to why there were TWO of them, until I realized you might need either one depending on which side of the CV your point is on. It is really cool how they are linked together, as you move them it helps you understand what is happening.

I have couple more ideas that might be useful:

Highlight the currently selected VP from list. So, if you click on VP in the list, its color changes to bright green or something. Otherwise you have to hide and show the VP in order to figure out where it is. Bonus if you click on a group it highlights all the VPs in that group?

I plan to add configurable colors to VPs. This can be done as change of saturation or intensity of color.

Button to create 90 Degree linked VP counterparts for the selected VP. Similar to the Measuring Points button. So, if I create a VP at 30 degrees to the right of CV, and I select it and click the 90 degree button, it should create 2 VPs (one at 60 degrees on the opposite side of the CV, and at 120 degrees to the right). I think it’d be identical to the MP Button except 90 instead of 45?

Adding other types of generated points is in plans. I thought about horizontal mirroring of VPs, it could be useful for drawing roofs and similar shapes.

Very cool idea with the mirroring VPs. I just tried your latest commit for displaying the names of active VP: perfect!

Couple more ideas for you:

I notice I typically add VPs and immediately lock them 99% of the time. Why not have them locked by default, and use a modifier key to unlock them (like CTRL or ALT). You could even get rid of the lock button (or make it a “hard lock”). This would streamline the workflow a bit, avoid the frustration of moving a VP by accident, AND open the door for clickable VPs. . .

I plan to add configurable colors to VPs. This can be done as change of saturation or intensity of color.

This sounds cool for visually organizing your VPs, but I’m not sure if it makes finding a VP easier than toggling visibility. It’d be nice to have a one-click solution: I select a VP from list and the VP gets highlighted on canvas. Maybe a bold outline or inverted color, etc.

Any thoughts on ellipses? I’ve found a technique that works fairly well but it’s not automatic. 1. Squish ellipse so it is a flat line. 2. rotate until it points to the minor axis VP. 3. Expand the ellipse until it fills the square shape you are drawing on.

Do you think if you were able to select one VP that the ellipse tool could snap to this VP in such a way that all you have to do is click on the “center” of your square and MyPaint will draw the ellipse offset from that location in the appropriate spot? Maybe this workflow makes sense?

I notice I typically add VPs and immediately lock them 99% of the time. Why not have them locked by default, and use a modifier key to unlock them (like CTRL or ALT)

Locking new points by default can be added.
Using modifier keys with VPs and clickable VPs can be part of changes in handling of VPs.
Currently there are three kinds of special points:

For 3 point perspective there could be needed for additional controls.
I think, it need to be simplified. Some of these controls could be changed with modifier keys.

Any thoughts on ellipses?

Yes, I plan to add support of ellipses and maybe rectangles. But before that I want to add save and load, 3P perspective and 5P perspective.
I planed this workflow:

If I correctly understand, your workflow is more flexible? Second VP is chosen while drawing ellipse.
But I don’t know what decide about orientation of ellipse in space.

As a Mechanical Engineer who had to take Discrete Geometry this is an excellent book and one I hope in your endeavor you can reference when developing True projections, fully labeled with TL, etc. 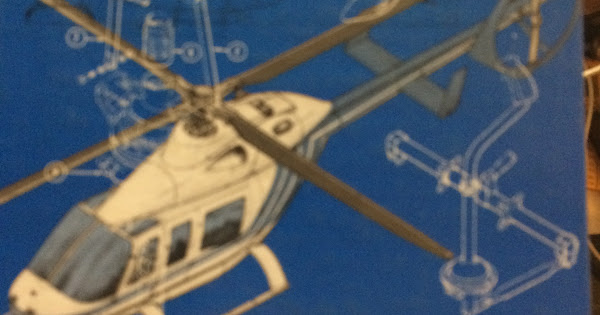 I added some new features in perspective mode:

My first experience with Perspective

To understand all this, I use the Book of Ernest R. Norling (perspective made easy) and some Youtube videos.

I am happy that I can use this in Mypaint .

Many thanks, I continue to gain experience